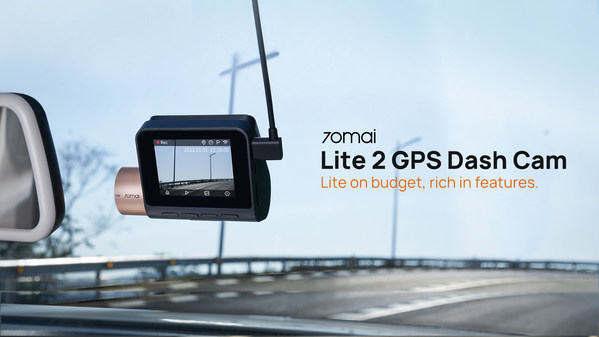 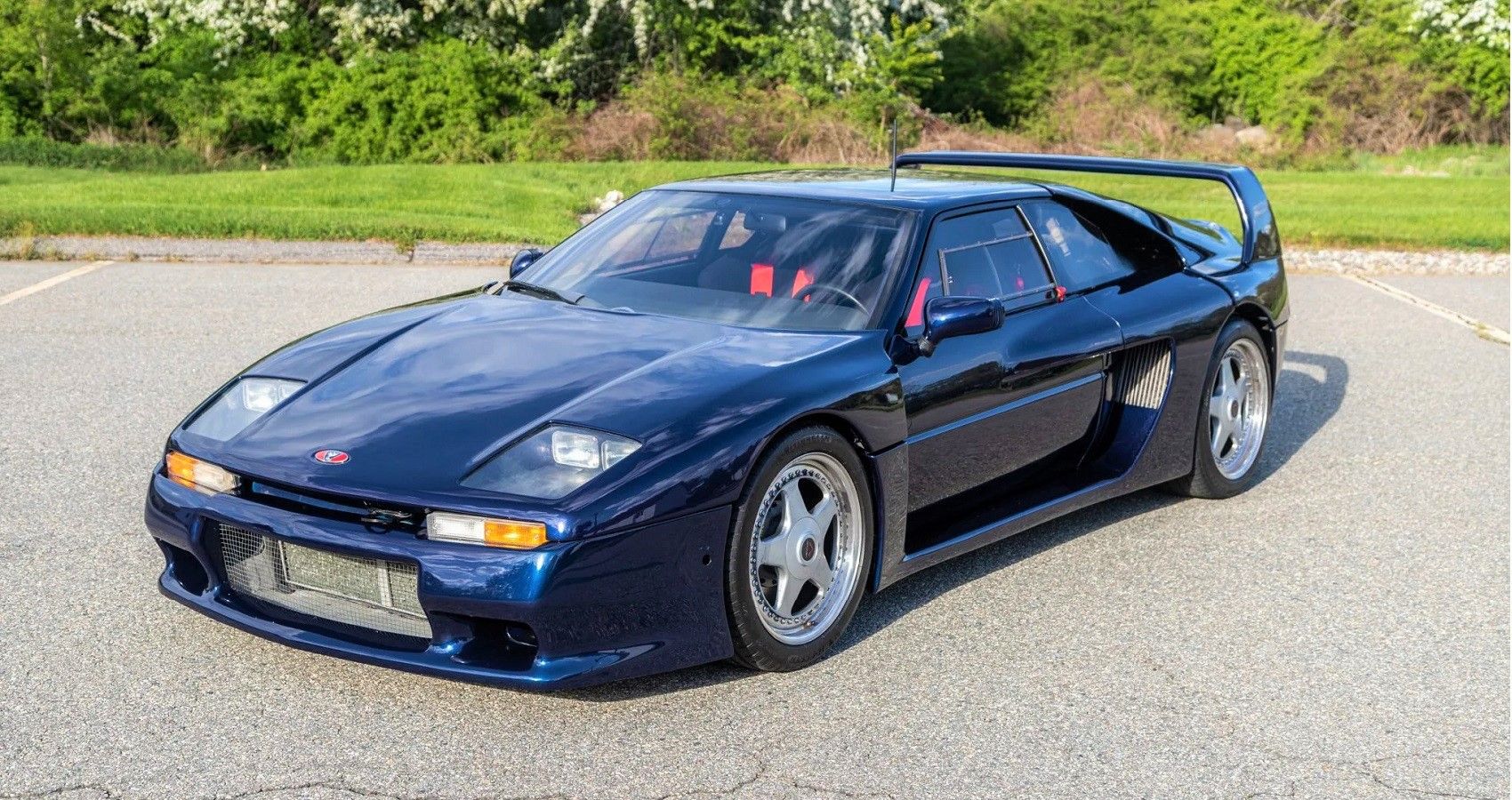 The urgent need for European countries to reduce their gas consumption, combined with the European funds available for the energy transition, creates political incentives to subsidize renewable energy projects, including solar energy storage and batteries. Governments are introducing programs that can accelerate the development of expensive applications and emerging technologies such as agrivoltaics.

Italy, which recently received the first disbursement of 21 billion euros ($23.53 billion) from the Next Generation EU fund to propel the recovery from the pandemic, is an example of lavish public support. The country is currently working on two programs for the agricultural sector. The first targets photovoltaic installations on the roofs of energy-intensive farms in the 375 MW Agrisolar park (“Parco Agrisolare” in Italian), and the second is still under negotiation.

“The Italian government will make available 1.5 billion euros for just 375 MW of installations for the Agrisolar park, bearing the cost of these subsidized solar systems, including batteries, roofing and vehicle charging stations, at nearly €4,000/kW. On the market, a rooftop installation with the same characteristics costs up to three times less,” said Mauro Moroni, energy transition ambassador for Kiwa Italia.

According to Moroni, the scheme recalls the tax deductions linked to the 110% tax deduction for energy efficiency and small systems for the residential sector, which have “created distortions on the domestic systems over the last two years, increasing the cost of facilities”. He adds that similar programs could delay certain decisions already made to invest private funds, while creating a negative image for the sector.

Direct beneficiaries of the Italian agri-PV program point out that while the subsidies are important, they are also in line with their mission. They explain that the Agrisolar park is not simply intended to increase solar capacity, as evidenced by the fact that the Ministry of Agriculture and Forestry (Mipaaf) is responsible for the program.

“From an outside perspective, this may seem like a speculative measure, but we are talking about farms and not houses. We are talking about a business support measure for the years to come,” said Francesco Mastrandrea, president of the Italian Confederation of Young Farmers.

Mastrandrea said photo magazine that the program creates the conditions for more innovative energy-intensive farms and barns. He argues that farmers would not install PV on asbestos-laden roofs, given the cost of removing and disposing of the now-banned material.

“Italian agriculture is millenary and has infrastructures that are no longer used. The functionality of this infrastructure should be maximized,” said Mastrandrea.

To improve this first scheme, Mastrandrea calls for removing the self-consumption condition in the scheme. “I would favor the power supply from the network, because many hangars could accommodate photovoltaic installations. Support for agriculture could increase the food and energy security of energy end consumers in surrounding areas,” he said. The decree on the Agrisolar park is still under discussion in Brussels, and Mipaaf is awaiting feedback.

An interministerial commission is currently working on the second agri-PV program to be launched by the Ministry for Ecological Transition. Farmers, the main electricity sector association (Elettricità Futura) and other stakeholders are negotiating.

The farmers’ association adds that Italy could cover 60-70% of its energy needs by installing photovoltaic systems on 0.2% of its usable agricultural land. “If we look at the number of abandoned lands each year, we can see that the energy element is coming at the right time,” Mastrandrea concluded.

High subsidies are relatively common in the European photovoltaic sector, not only in Italy. The example of the Czech Republic shows how generous regimes have negative repercussions, which can even last for decades.

“We had a solar boom in 2009-10, when 2 GW was installed with feed-in tariffs. Two thousand power plants have been built, costing more than one billion euros per year,” said Jan Krčmář, president of the Czech Solar Association. “In the eyes of the government, [it] is roughly a feed-in tariff. And they had a bad experience with it once. They no longer want long-term operational grants.

Krčmář explains to policy makers that mistakes made in previous auctions are now avoidable. However, the Czech government has devised a “special” investment subsidy system for large-scale ground-mounted power plants, financed by the Modernization Fund with CO revenue.2 certificates.

“The solar park, unlimited [by] Power [capacity], can apply for up to €250,000 per MW as one-off grants. You build the power plant and sell electricity through PPAs or the market. After logging in, you receive a grant,” Krčmář explained.

“The state subsidy is an investment subsidy. When the program was designed a year ago, electricity prices were low…now, with high energy prices, the projects are very lucrative. Krčmář went on to add that most of the investors designed the projects without considering the grants because they wouldn’t get them automatically. “If they get them, great; otherwise they would go anyway.

Czech grants also do not require projects to receive building and zoning permits, meaning the state could support projects that local authorities could then reject.

Krčmář said governments should promote auctions instead, as part of a broader support mechanism. “Small investors would also participate in auctions if it meant selling electricity at €70/MWh if they had advantages such as building on agricultural land and fast permitting procedures. normally do not lower electricity prices.

Romania recently published a new state aid scheme for wind and solar generation as part of the recovery and resilience plan.

“The total budget is 457 million euros and the application window closes at the end of May. State aid must not exceed €425,000/MWp for solar projects with installed capacities above 1 MW”, explained Andrei Covatariu, co-founder of ECERA, a network of sustainable development practitioners.

The Romanian expert argues for the use of the current tender design, which involves a guaranteed strike price determined by reduced-auction tenders and subsequent auctions, evolving according to new market conditions.

“In doing so, we will benefit from any cost reductions brought about by manufacturing improvements and perhaps by scaling up some manufacturing processes in Europe. In addition, Romania benefits from the Modernization Fund under of the ETS [Emission Trading Scheme] and generous allocation through Next Generation EU, so this should allow development with minimal impact on consumer bills in the short to medium term,” Covatariu said. photo magazine.

Covatariu expects the cost of renewable capacity to increase in the coming years due to an increase in global prices for energy and rare earth metals. “Also, as manufacturers will have limited production capacity, they may raise prices to differentiate buyers. For this reason, compared to tenders organized before 2022, an increased need for subsidies is to be expected,” added the co-founder of ECERA.

This price increase could also lead to less competition in future tenders, with larger companies exercising their bargaining power to obtain better prices for the same components, argues Covatariu. He says predictable conditions are needed to avoid further stifling competition.

“At the start of 2010, Romania had a generous investment plan. It was the beginning of green investing, so there weren’t too many best practices and benchmarks to learn from. The program did not have different investment periods and practically did not take into account the cost of learning different technologies. Consequently, this immediately translated into a challenge for some customers, especially energy-intensive industrialists. For these reasons, the authorities had to rethink the support scheme while it was in place, which turned the country into a rather hostile destination for new energy investments.

Experts suggest that PV subsidies should be a function of inflation, the attractiveness of the local market, which is highly dependent on the permitting process, and, more generally, the coherence of political messages. At the same time, subsidies could also take into account geopolitical priorities. Finally, technological developments and the complexity of the various installations must be at the heart of the design.

Returning to the Italian example of agri-PV, Moroni argues that subsidies are not the way to go in most cases, also under current conditions. “The Italian EPC supply chain may need to be rebuilt, the cost of materials has increased and there is a crisis in the availability of chips on the inverter side. So the incentives make some sense, but the government should gradually reduce the incentives and organize competitive auctions by easing the licensing part for large factories while maintaining a reasonable tax deduction for small factories up to the limit,” he said. said Moroni.

“As things stand, you need grants for innovative technologies that couldn’t be deployed otherwise, like floating solar. said Carlotta Piantieri, partner at Aurora Energy Research, “The ground-based solar economy is already strong at market prices and with PPA contracts. No need for subsidies,” concludes Piantieri.