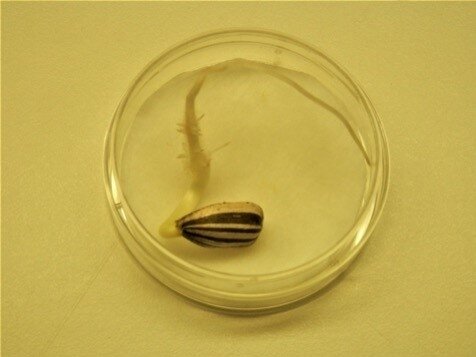 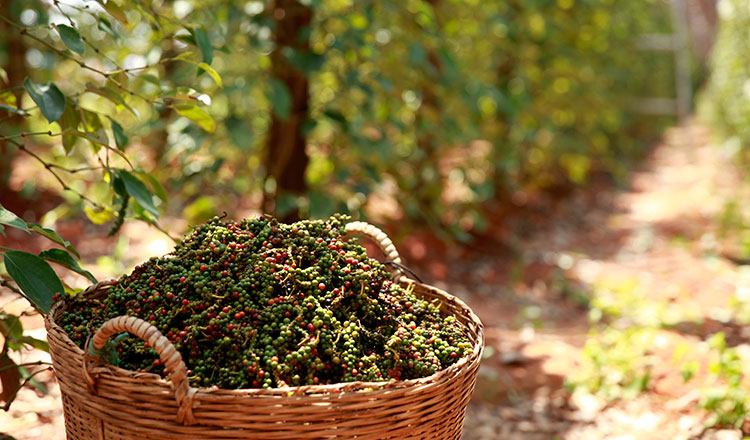 Another year has passed

On February 1 of this year, the military overthrew the national government led by Aung San Suu Kyi and seized power in Myanmar, overturning more than a decade of democratic reforms. In the past eight months since, the Myanmar junta has killed at least 1,243 anti-military protesters and detained 9,000 others following a popular uprising that followed the military coup. Since independence in 1948, the Burmese army, with the help of the Bamar, has continued to persecute various ethnic groups (Rohingya, Kachin, Karen, Shin, etc.). Following the mass movement of 1989 and the Saffron Revolution of 2007, this time the military brutally kills its own Bamar tribes, including other ethnic minority groups. The CRPH (Legislature in Exile) was formed on February 5, 2021 by the parliamentarians in exile of the NLD as resistance and opposition, and later on April 16, the NLD formed the Government of National Unity (NUG) with representatives of various ethnic groups. The army, for its part, transformed its State Administrative Council into an “interim government”. Now the army and the government of national unity; both sides are continuing their efforts to gain legitimacy. But only time will choose the triumphant.

Nine months after the coup, Myanmar is still far from stable. Tatmadaw, as the Burmese army is called, now faces layers of mass resistance: fighting the People’s Defense Forces (PDF) and ethnic armed organizations (EAO) on all sides of Myanmar except by Rakhine. The former Nonviolent Civil Disobedience Movement (CDM) was brutally crushed by security forces, only to be replaced by a proliferation of PDFs throughout Myanmar. NUG’s Department of Defense (MoD) was recently able to declare a formal command structure to facilitate coordination between more than 340 PDF militia groups (of varying sizes) and allied EAOs. The “shadow government” officially declared a “people’s defensive war” on September 8th. Attacks have escalated since then, with bombs detonated in the offices of the Military Procurement Department, the CID office, the Military Intelligence Office and the Power Authority. So far, more than a thousand soldiers have been killed. In addition, around 3,000 members of the military and police defected and joined the PDF. The PDFs are mainly active in western Myanmar, while the EAOs continue their resistance in the rugged eastern border areas.

Tatmadaw, on the other hand, laid out plans for an all-out counterinsurgency operation known as Operation Anawrahta, a military campaign of unprecedented scale. In early November, the junta’s demining operation led to extrajudicial killings, arbitrary arrests and displacement. Internet and mobile services in different regions are closed. Lieutenant-General Thanh Hlaing, one of the most brutal military commanders, has been appointed to suppress PDFs in Sagaing, Chin, Mandalay and Magwe states. Since the main objective of Operation Anawratha is to eradicate PDF resistance from the heart of Bamar in western Myanmar, on September 26, the junta declared a unilateral five-month ceasefire with ethnic armed groups, however, with little or no impact on the ground.

Although the Kachin, Karen, and Shan rebel groups train PDF soldiers, these influential EAOs are far from loyal to NUG. The Wa State Army, Myanmar’s largest armed group, plays a silent role. Rakhine’s Arakan Army, another formidable EAO, is in a tacit understanding with Tatmadaw, moving forward with its program to extend control over Rakhine in the face of little opposition from the military.

Since the coup, the US, UK and EU have imposed sanctions on senior military officials and their families, as well as military-controlled businesses. Multinational companies such as Kirin, Telenor, British American Tobacco, Indian port of Adani and others are pulling out. There was also a shortage of liquidity in the banks. According to the World Bank, Myanmar’s economy will shrink by 10% by the end of 2021. The Asian Development Bank has estimated this figure at 18.4%. The junta is now facing a huge dollar crisis as the United States withholds around $ 1 billion in foreign reserves. NUG is demanding access to this frozen reserve, claiming Myanmar’s legitimate authority. Myanmar’s currency, the kyat, has lost 60% of its value, as 2,700 kyats are now equivalent to one dollar. With new foreign direct investment (FDI) almost non-existent, unemployment has reached a record high of 50%.

Since the coup, the Myanmar issue has become a divisive issue within ASEAN. Thailand’s pseudo-democratic government has already called the head of the Burmese junta “head of government”. ASEAN countries that are heavily influenced by China, such as Cambodia and Laos, have remained silent on the Myanmar issue. Singapore, Malaysia and Indonesia, on the other hand, have openly expressed their dissatisfaction with the junta regime.

A special ASEAN meeting on Myanmar was held on April 24, 2021, attended by the junta leader. As no representative of the pro-democracy CRPH was invited, this led to a de facto recognition of the coup regime. However, the 5-point resolution adopted at the meeting failed due to the non-cooperation of the military. The junta also denied the ASEAN envoy access to Aung San Suu Kyi. As a result, the junta leader was not allowed to attend the last ASEAN summit in October, a blow to the military which also faces a crisis of legitimacy at home.

Instead of accepting the junta candidate for 76e The United Nations General Assembly and the United Nations Credentials Committee, based on an agreement reached between the United States and China, have retained Kyaw Moe Tun, appointed by the NLD, as Permanent Representative to the UN, although he was not allowed to speak during the session. The United Kingdom has not yet received the new ambassador appointed by the Junta.

NUG, on the other hand, has established representative offices in the United States, United Kingdom, France, Czech Republic, Australia and South Korea. On October 6, the French Senate unanimously voted to recognize NUG. If the lower house of the French parliament approves the vote, France will be the first country to officially recognize Myanmar’s shadow government. On October 7, the European Parliament adopted a resolution supporting the shadow government and its parliamentary committee as Myanmar’s legitimate representative.

While China has persisted in supporting the junta, it is also liaising with all parties: both the NUG and the anti-junta EAOs. At the heart of China’s position is to repel any effective Western or Indian influence on Myanmar.

In return for China’s support and recognition, the junta approves ambitious Chinese infrastructure projects, most of which have not received the green light from the NLD government. However, due to his support for the junta, anti-Chinese sentiment is at an all-time high, leading to arson attacks on Chinese-owned factories, causing a loss of millions of dollars.

Since the path to the heart of the Kremlin is through lucrative arms deals, the Burmese junta leader visited Moscow in June and signed a number of military hardware purchase agreements. Russia’s support for the junta regime is based solely on commercial interests. Although Moscow is not in contact with NUG, he did not address Min Aung Hlaing only as head of state or government during his visit.

India has maintained a strategic silence regarding Myanmar, refraining from voting in all UN resolutions against Myanmar since the Rohingya genocide. Although India has made some statements apparently in favor of restoring democracy, it has not taken a stand against the coup or in favor of NUG. According to the oversight body Justice for Myanmar (JFM), Indian arms maker Bharat Electronics Limited (BEL) exported a remote-controlled air defense station to Myanmar in July and continues to sell weapons.

Since the coup, more than 8,400 Burmese refugees have entered India, entering the northeastern Indian states of Mizoram, Nagaland and Manipur.

A total of 6 percent of the population has been covered by the army’s vaccination program. On the other hand, NUG announced in the last half of August that it would collect 6 million doses of vaccine from the UN Covax program for its own vaccination program. They have already formed the National Health Committee in coordination with ethnic health organizations. NUG Finance Minister Tin Tun Naing announced in late September that US $ 300 million raised through online lotteries and the Burmese Diaspora Fund would be used to immunize around 1.1 million living civilians. in the occupied zone of an armed ethnic group.

In the aftermath of the coup, junta leader Min Aung Hlaing hinted that he was ready to continue repatriation talks, perhaps in the hope of international recognition. However, as he continues to consolidate his power, Hlaing turned the tide in an interview with China-based Phoenix TV on May 20, ruling out any possibility of repatriation. On the other hand, on June 3, in an effort to gain global recognition, NUG revealed its policy of granting citizenship to the Rohingya. Additionally, NUG said it would continue to cooperate with the International Criminal Court (ICC) and the International Court of Justice (ICJ) to hold Tatmadaw accountable for the atrocities committed against the Rohingya.

In terms of troop strength and firepower, the Tatmadaw is in a very advantageous position than all PDF and EAO combined. However, war is never a numbers game. Access to on-the-ground intelligence and knowledge of the terrain enables resistance guerrillas to conduct hit-and-run operations, damaging the morale of Tatmadaw’s infantry. However, outside help and recognition are needed for the NUG to sustainably continue its resistance. Unless the NUG, thanks to the victories of the PDFs and EAOs, manages to establish control over a permanent territory or base, the chances of securing meaningful external support are pretty slim. If the number of defections increases dramatically, there is a possibility of a coup d’état within the army, with Min Aung Hlaing being replaced by another military regime, as happened in the aftermath of the 1988 uprising.

Finally, in the hope of strengthening its position within the country as well as being recognized on the international scene; both the military and the NUG adopt their own strategies. Due to the use of violence, the internal situation is currently occupied by the military; the forces of mass resistance supported by the NUG also seem to have made the bet not to give up. Democracy or dictatorship; which wins, so it remains to be seen.